The Sony Xperia E3 is a stylish smartphone loaded with most of the essential features, which makes it a smart mobile companion. Based on the latest Android OS, the device is powered by a quad core processor. It also brings a good camera and a conveniently sized touchscreen complete with gesture support. A battery that lasts for an entire day is one of the key highlights of this budget-friendly phone. 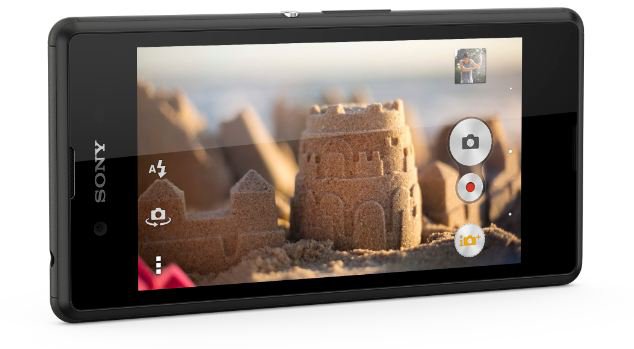 Available in black and white colour options, the Sony Xperia E3 shows off an impressive and eye-pleasing

form factor. It adheres to the design philosophy adopted by most of its predecessors. Featuring resilient corners and a scratch-resistant screen, this smartphone can withstand the challenges of everyday use. Weighing approximately 143g, it measures only 8.5mm in thickness. Thanks to its slim and sleek body, it facilitates one-handed use and gives you a firm grip too. 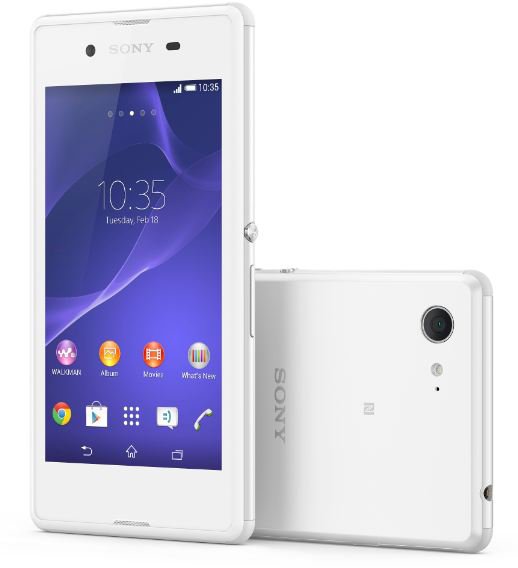 Expect the Xperia E3 to deliver stunning visuals on its scintillating display measuring 4.5 inches diagonally. It 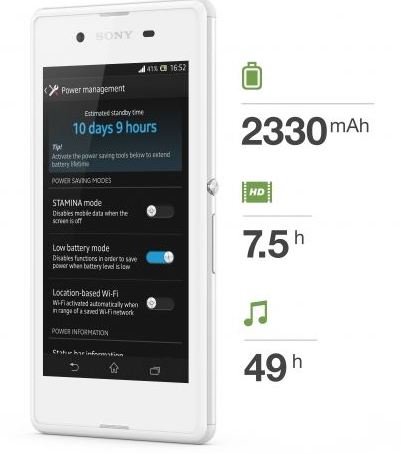 is powered by the IPS technology that offers a wide-viewing angle. The display offers 854 x 480 pixel resolution to render clear visuals in bright outdoor light. It also effectively keeps unwanted scrapes and scratches at bay.

You can capture all your memorable moments using the front and rear cameras of the Sony Xperia mobile. A decent 5MP camera rests on the rear panel and brings a set of features such as 4x digital zoom, HD video recording capability, auto scene recognition, geotagging and more. Its image stabiliser gives you perfect images by doing away with the blurry effect due to camera and hand shake. HDR is another useful feature of the camera as it lets you capture clear pictures against a strong backlight. What’s more, a number of camera and picture applications like Social Live, Timeshift Burst and AR effect are pre-installed in the phone. You can even visit the Play store to 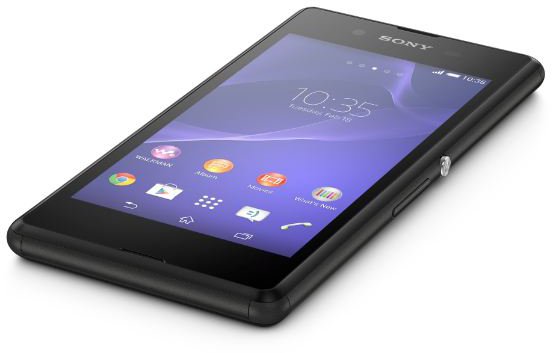 download loads of other apps to further enhance your images and videos. For making video calls and 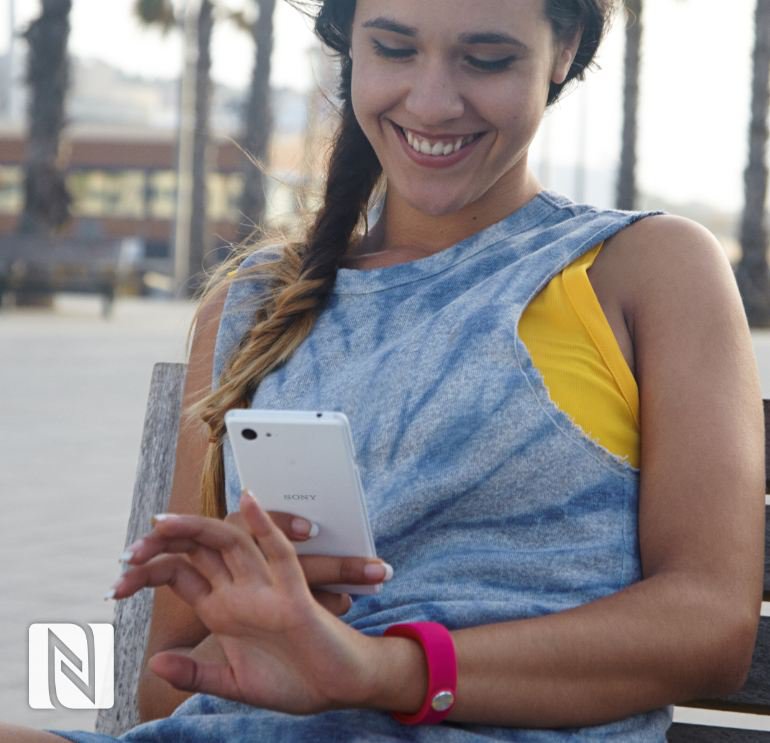 Intuitive Interface for a User-friendly Experience

The intuitive interface delivered by this Sony 4.5 inch mobile can almost entirely be attributed to the slightly customised version of the Android platform deployed in it. Based on the KitKat 4.4 OS, the smartphone offers a user-friendly experience and tags along a number of Google Mobile services such as Gmail, Google+, Google Search, Play store, YouTube and many more. You can place widgets on the home screen for instant access to your favourite apps and games and seamlessly switch between applications on the phone.

As this Sony Android KitKat phone is equipped with a quad core Qualcomm Snapdragon processor ticking at a speed of 1.2GHz, it can support at least a couple of applications at the same time. It is accompanied by 1GB RAM, which lets you navigate smoothly without any performance lag. Plus, it has 4GB internal storage space, expandable up to 32GB for all your downloaded content. An Adreno 305 GPU is also incorporated in the handset to improve its graphics performance. As for the battery life, its 2330mAh power pack keeps the phone powered up for talk time of close to 12 hours and 20 minutes and standby time of around 706 hours on a single charge. Moreover, the device also boasts of the Extended Standby mode that boosts its standby time by four times. Switch it on when your phone indicates a very low battery and increase the usage time up to 14 percent.

A couple of ports such as a 3.5mm audio jack and a micro USB port are available in the Sony quad core phone to help you connect it to audio devices like speakers, earphones, headphones. You can also connect your computer systems and laptops for transferring data. One-touch wireless connectivity of the Sony 4G mobile allows you to tap the device to any compatible gadget to transfer and receive data instantly. You can even stream music to NFC speakers by simply touching the phone to the audio accessory. Furthermore, it is possible to stream movies, videos and more saved on the phone to a compatible TV by tapping the phone on the Bravia TV remote. With features like Bluetooth and Wi-Fi, you also get to experience wireless networking on this phone.

Use spaces to separate tags. Use single quotes (') for phrases.

Write Your Own Review

Only for Siliguri And Gangtok Within Certain Radius.

For Areas Nearby Siliguri & Gangtok

Available On All Credit Cards For Selected Products